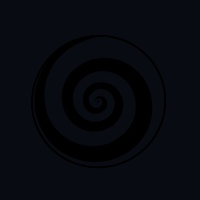 OFFICIAL SYNOPSIS
This is the full version of Arousal to Submission. This is not my script, I found it on WarpMyMind and it seemed decent. A lot of stuff on WMM isn't the highest quality or the most interesting listening but there is some good not too problematic stuff if you dig. The only thing I wouldn't normally use in a file is the addictive/drug metaphor in quite the way this uses it, so be warned on that. The theme of this piece is the speaker's voice as a drug with the immediate effect of arousal+submission and the long term effect of arousal+submission from women's voices generally, resistable but potent. I found it quite interesting. I have preserved the original writer's formatting and patterns, and resisted the urge to make changes except to correct spelling and add some words that seemed to be missing. This is a full file including induction and awakener, and is fairly short. This script was written by littlecaltoy.

Playlist order: This file can be used on its own as it contains both induction and awakener.