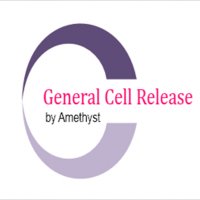 This therapy, developed by Dr. Ed Martin of the PATH Foundation, is different than the traditional practices of hypnosis and NLP. Cell Command Therapy (TM) is designed to release the underlying causes of an issue or symptom, and command the cells to regenerate to their proper functioning. In hypnosis, the subconscious has access to emotions, permanent memory, habits, and impulsive behaviors. In this state, the subconscious hears commands that release the causes of unwanted behaviors or emotions.

When the cause has been released in a positive way, there is no longer a reason for the unwanted behavior to exist.

The Cell Release & Command Therapy (TM) sessions do not involve active regression. This means that the subconscious can release experiences, emotions, events, or old ideas that have been affecting the client, without having to relive the event, etc. I’ve worked with a variety of topics using this technique, and the results have always been outstanding. Even psychologists have referred clients to me in the past. Here are some topics that I’ve worked with in the past:

I could go on and on….. The technique has shown dramatic results, and it seems to provide the shortest direct route to accomplish the goal.

When this portion is completed, I will then Command the Cells of your body to begin to regenerate and function perfectly, as they were intended.

Results may vary No guarantees, expressed or implied. If you have a medical condition, please consult your medical practitioner. Do not ignore the advice of a doctor.